A public telephone on the street or in a building lobby that accept coins or collect calls. As of 2019, there are an estimated 100,000 payphones in the U.S.. At the turn of the century, there were two million in the country. 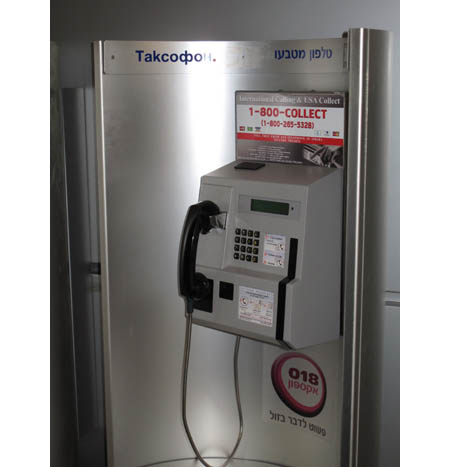 With instructions in Hebrew and English, this payphone on a Jerusalem street in 2013 accepted Euros and Shekels. Collect calls could be made to the U.S.