An electrical device that generates charged particles, such as electrons, protons and ions, at high energy. So-called "nuclear accelerators" are used to split the atom for scientific research, but most particle accelerators are built for more practical applications. They are used to manufacture myriad products including semiconductors. They are also used as X-ray machines for cancer treatment and for detecting weaknesses in materials.

Splitting Atoms
The Large Hadron Collider (LHC) at CERN, the European laboratory for nuclear research, is the world's largest particle accelerator. Online in 2008 and costing around $6 billion, protons are made to collide into other particles 10 million times per second while making 17-mile laps at nearly the speed of light. One of the main goals of the LHC was to find the Higgs boson, called the "God Particle," considered to be the fundamental element of matter. See Higgs boson.

In order to process the data coming from the accelerator, a huge computing grid uses resources from more than 150 institutions around the world. See peer-to-peer computing. 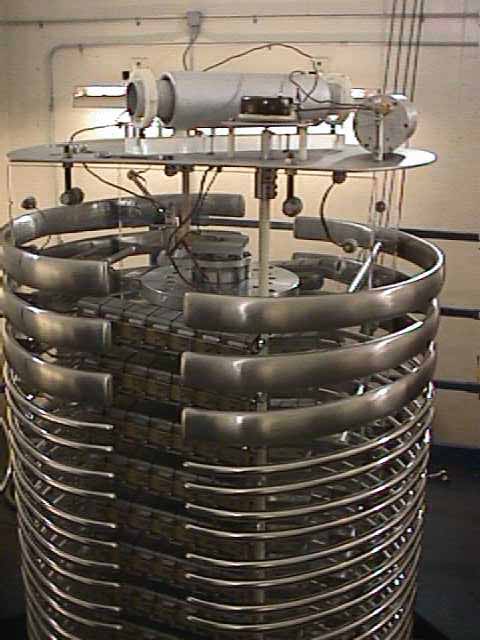 Looking like science fiction, this accelerator is used for a very mundane application. Standing about 10 feet tall, it radiates plastic heat shrinkable tubing to give it a memory. The tubing is then moved to a machine that increases its diameter. Used to protect wires and connections in electronic and electrical circuits, when the tubing is placed over the wires and heated, it returns to its original size because of the radiation.