Software that is distributed with its source code so that end user organizations and vendors can modify it for their own purposes. Most open source licenses allow the software to be redistributed without restriction under the same terms of the license. For the complete, official definition of open source, visit www.opensource.org/docs/osd. For a list of approved open source licenses, visit www.opensource.org/licenses.

There are thousands of open source titles, and although used on most platforms, they are particularly common in the Linux/Unix world. Major examples are the Linux operating system, Apache Web server and JBoss application server. See Linux, Apache and JBoss.

Free and Paid
A great amount of open source software is available at no charge, and many open source projects are developed by a community of volunteers. However, there are commercial vendors that enhance open source software, provide technical support and charge a fee, the most notable example being the Linux operating system (see Linux distribution).

Fewer Bugs vs. Too Many Cooks
Open source proponents claim that the code in open source programs is continuously reviewed by new programmers, and bugs are weeded out more quickly. In addition, the wide variety of contributors leads to enhancements that might not otherwise be included. However, vendors of proprietary software counter by saying that having total control over the software is far superior; that the old saying "too many cooks spoil the broth" is especially true in software development.

Advantages of Open Source
The single major advantage is no licensing fees. A second advantage is flexibility. Users of open source software can modify the programs to fit their needs, and many companies use open source for this reason alone.

Another advantage is the ability to fast track a project. Since there is no contract to sign, IT departments can use the software without waiting for contractual negotiations to be completed.

Lastly, as long as there is one remaining, devoted contributor, the software will continue to be enhanced. In the world of proprietary, commercial software, a useful program that users may truly love is often abandoned when it no longer generates enough profit. For more information, visit www.opensource.org and www.sourceforge.net. 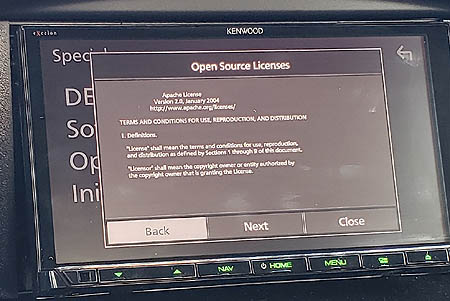