The wafer is the structure all chips are fabricated on. Each rectangle on this wafer is a RAM chip, which is cut out and placed into an individual housing. (Image courtesy of Motorola, Inc.) 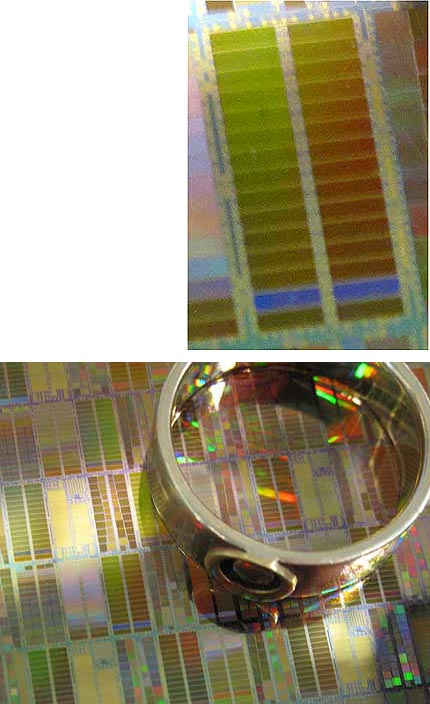 The 30 rectangles (enlarged at top) comprise a 4-gigabit RAM chip made by the Dataram Corporation. The chip is cut out of the wafer and placed into a BGA package. The wedding band is shown for size comparison.

The young lady is stringing magnetic cores by hand for a Univac 494 computer. There is a thousand times more RAM in the average smartphone than in all the core memory in this picture. (Image courtesy of Hagley Museum and Library.)

This shows 12 magnetic cores from the Whirlwind computer in the early 1950s. Each core held one bit. (Image courtesy of The MITRE Corporation Archives.)