A form of geek spelling, in which letters are substituted with the digit that looks most like it. For example, "3" for "E" and "4" for "A." In leetspeak, the word leetspeak is "13375p34k." Also called "hakspeak," leetspeak was first used to fool spam filters, text scanning and search systems. The word "d00d" is leet spelling for "dood," emphasizing the "oo" sound in "dude." Likewise, "newbie" is shortened to "noob" and "n00b."

Leetspeak is Not an Acronym
Coined from "elite speak," leetspeak is not "digispeak" or "geekspeak," which refer to acronyms such as IMHO for "in my humble opinion." See digispeak. 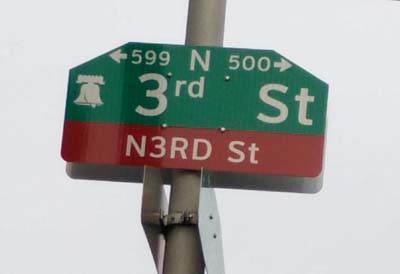 With a high concentration of tech startups, North 3rd between Market and Girard Streets in Philadelphia was officially dubbed Nerd Street in 2014.