An in-house digital telephone system that connects to a number of dedicated system phones. The major difference between a traditional key system and a PBX is that each key system telephone has buttons for outside lines that are dialed directly without having to "dial 9." However, today's key systems are actually hybrids that handle both dialing methods. In addition, they support analog landlines and voice over IP (VoIP) in the same unit. 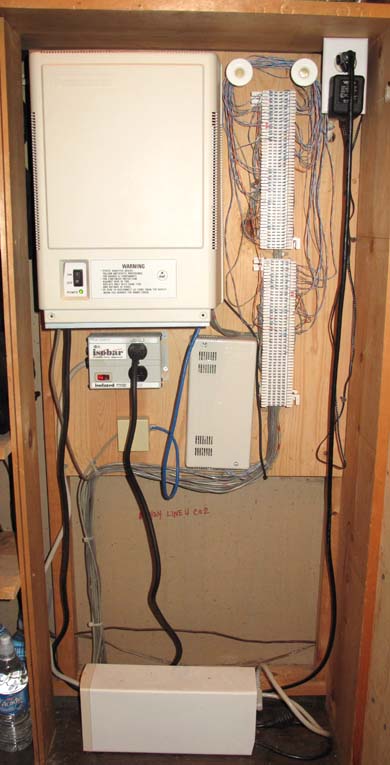 Installed in the mid-1990s, this Panasonic DBS key system handled six system phones and four outside lines. It was replaced in 2013 with a system half its size in order to support VoIP lines. Music-on-hold was one of the major reasons for installing the system in the first place.