Transferring electrical power to a portable product by placing it in a cradle or on a flat charging surface. There is no cable to plug in, and although wireless charging used to always take much longer than wired, fast wireless has improved. However, fast wireless methods are likely to be slower than the fastest wired chargers.

Nevertheless, in all cases, wireless charging is convenient. For example, in an office, a smartphone can be dropped onto a desktop charging pad throughout the day when not being used. The Wireless Power Consortium and the AirFuel Alliance govern the major protocols (see Qi wireless charging and AirFuel). Another addition to wireless charging is the product line from Energous (see WattUp).

Closely Coupled Induction (Qi and AirFuel)
Operating at kilohertz frequencies, the Qi and AirFuel Inductive (formerly PMA) technologies create a magnetic field between the transmitting coil in the power source and the receiving coil in the target device. Devices must be within approximately 7mm of the charging pad. Depending on the number of transmitting coils in the charger, a phone might have to be moved around a bit to align the coils and establish a connection. Qi is the most widely used.

Closely coupled charging can cause nearby metal objects to become uncomfortably warm, which is why there is a warning notice on automobile console chargers to not place metal objects such as keys and coins on the pad.

Loosely Coupled Induction (Resonant Coupling)
Operating at megahertz frequencies, the transmitter and receiver coils are highly tuned, and devices can be an inch or more away from the charger. The greater distance is advantageous in automotive and under-table implementations. However, the farther away the two coils, the longer it takes to fully charge. 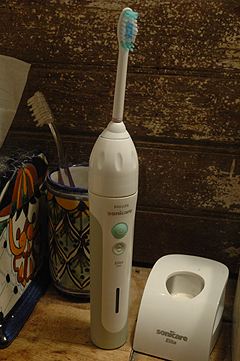 An early approach to wireless charging, the toothbrush is dropped into its charging base. Using inductive transfer, power is transferred without a metal plug and socket.

The ZENS Liberty wireless charger has 16 overlapping coils (exposed in this illustration) so that two devices can be casually dropped on the pad with freedom of placement. (Image courtesy of ZENS, www.makezens.com) 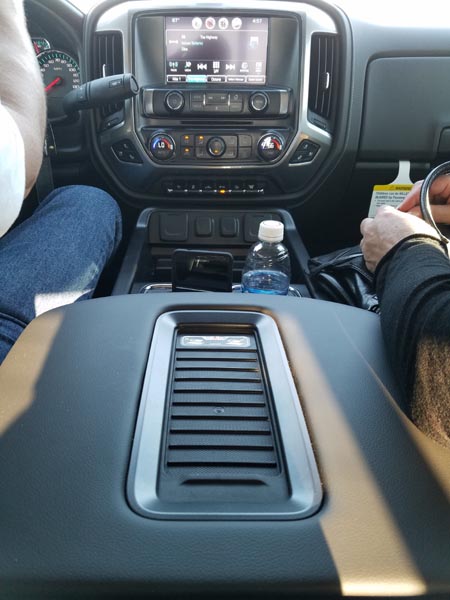 Many models of GM vehicles include a wireless charging mat on the center console, supporting both Qi and PMA methods. The ridges in the mat allow air to flow, because the center console is over the driveshaft and absorbs heat. 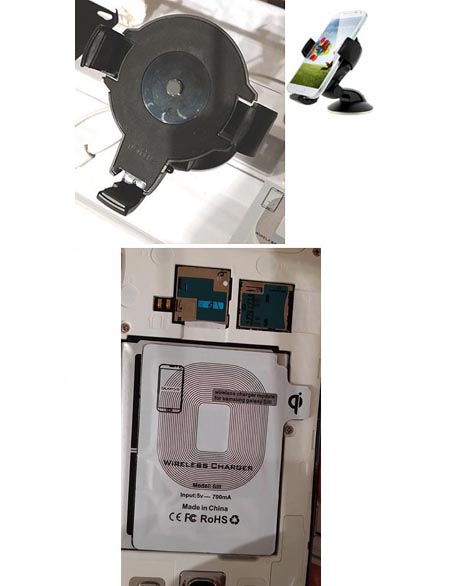 In 2013, iOttie debuted the Easy Flex system for certain smartphones. The dashboard mount (top) is wired to the car's DC power outlet, and an antenna coil (bottom) is lined up with the phone's internal battery terminals.