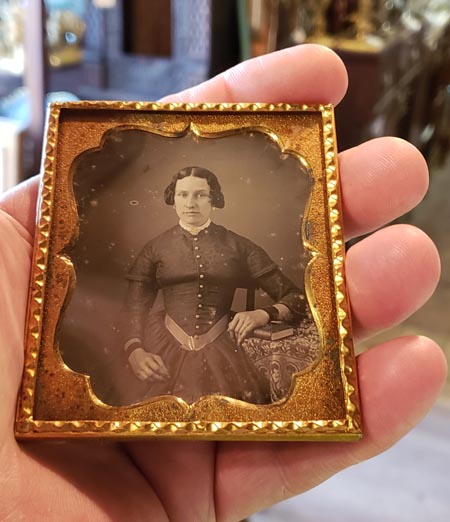 Daguerreotype film was a highly polished silver surface on a copper plate exposed to iodine fumes to make it light sensitive. Invented by Louis Jacques Daguerre, from the 1840s to the 1850s, daguerroeotype images were a favorite of the rich and famous.