The first version of the iPhone to offer a second large-screen model, introduced in September 2014. Thinner than the iPhone 5, the screen jumped from 4" to 4.7" on the iPhone 6 and to 5.5" on the 6 Plus. iPhones became phablet sized for the first time, a feature enjoyed by users of competitive devices for several years. 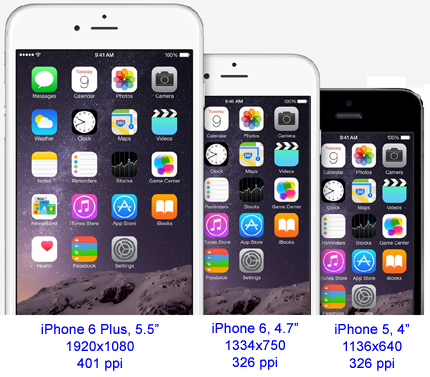