The high-end iPhone preceding the iPhone 6 and a major upgrade from the iPhone 5. Introduced in September 2013 along with the entry-level 5c, it was the first time Apple offered two new phone models (see iPhone 5c). The 5s also featured iOS 7, a completely redesigned OS for the first time since the iPhone's debut in 2007 (see iOS versions).

Touch ID
A significant external change was Touch ID, which added a fingerprint reader to the home button. Users touched the button to unlock the phone or download from the App store. See iPhone. 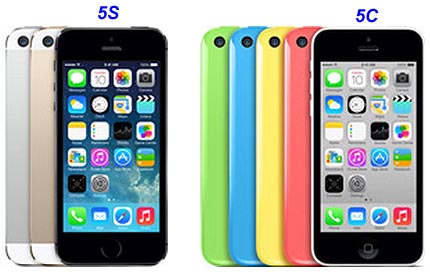 The 5s cases were metal with more conservative hues, whereas 5c cases were plastic and colorful. (Image courtesy of Apple, Inc.) 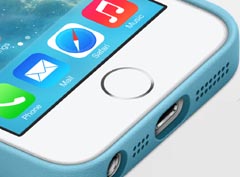 Other than case colors, the most obvious external difference between the 5s and 5c hardware was the combo home button and fingerprint reader on the 5s. (Image courtesy of Apple, Inc.)