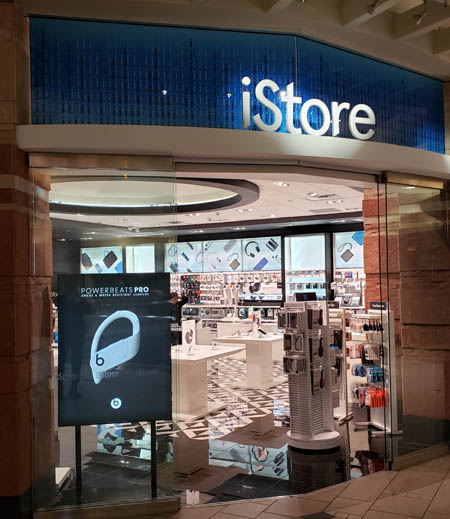 For Apple devices and even retail stores that cater to today's digital lifestyle, the "i" is a popular designation. Canadian-based iStore has retail outlets in more than a dozen airports in Canada and the U.S. This one is in the Phoenix, Arizona airport.