A Windows tablet that is also a laptop computer. The tablet is attached to a keyboard that can be easily removed. Also called a "detachable" and sometimes a "2-in-1."

Hybrid vs. Convertible
The hybrid's screen detaches to become a tablet, whereas the convertible's screen remains on the unit. However, the terms "hybrid" and "convertible" are used synonymously for both kinds of these double-duty machines. See convertible laptop and Surface tablet. 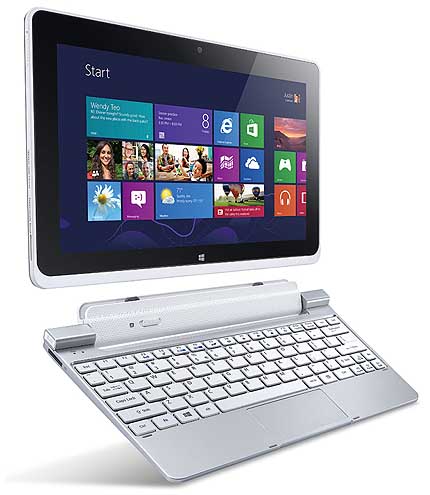 In 2010, the Lenovo U1 was a Windows 7 PC that turned into an Android tablet when the screen was removed. A clever idea that never made it to market.