A smartphone or tablet application that is programmed like a Web page (HTML, JavaScript, etc.). The Web-based commands (WebView) are wrapped within a native iOS or Android shell that has full access to the device's functions such as the camera, notifications, GPS and sensors. Like a native app, a hybrid mobile app is installed and updated from an app store. Users generally cannot tell the difference between native and hybrid.

More Web Programmers Than Native
Android and Apple (iOS) are the two mobile platforms, and it is easier to program hybrid mobile apps for both platforms than write a native app for each of them. Another advantage of the hybrid app is the greater availability of Web programmers than native Android and iOS programmers.

From a programmer's point of view, the hybrid app is much easier to write and maintain. 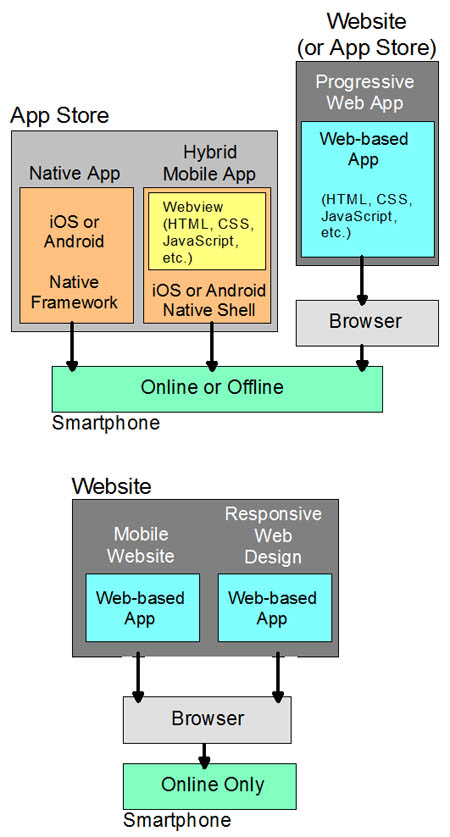 Mobile users run programs that come from either an app store or a website. Although downloading an app from an online store is relatively simple, it must be updated from the store. Nothing is easier than launching a browser and going to a website because there is no installation required most of the time. See mobile website, responsive Web design and progressive Web app.