To pull out a component from a system and plug in a new one while the main power is still on. Also called "hot plug" and "hot insertion," hot swap is a feature of USB devices, allowing an external drive, network adapter or other peripheral to be plugged in without having to power down the computer first. See USB.

Fault Tolerant Environments
Hot swap is a desired feature of fault tolerant systems built with redundant drives, circuit boards and power supplies, especially servers that run 24/7. When a component fails and the redundant unit takes over, the bad one can be replaced without stopping the operation. Contrast with cold swap. See warm swap, hot fix and hot spare. 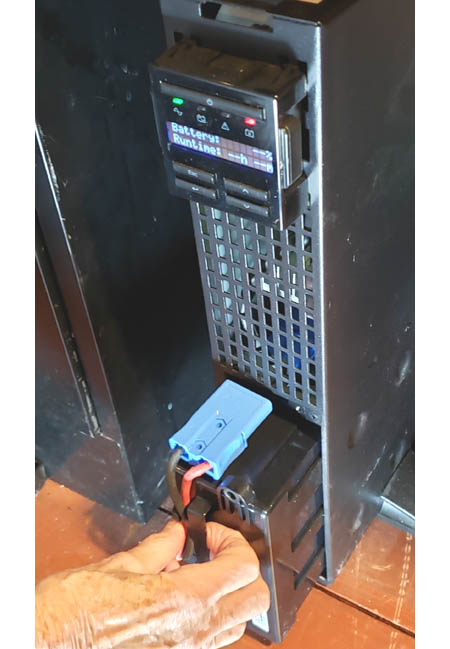 A replacement battery can be hot swapped into this uninterruptible power supply (UPS) without turning the unit off and disrupting the equipment plugged into it. This UPS is an APC SMX1000.