(4) An algorithm used to create a digital summary, or fingerprint, of the input. Used in digital signatures and blockchains, the hash is a one-way process. The resulting binary number, which is fixed in length no matter the size of the input, cannot be easily reversed back to the original data (see illustration). See digital signature and cryptographic hash function. 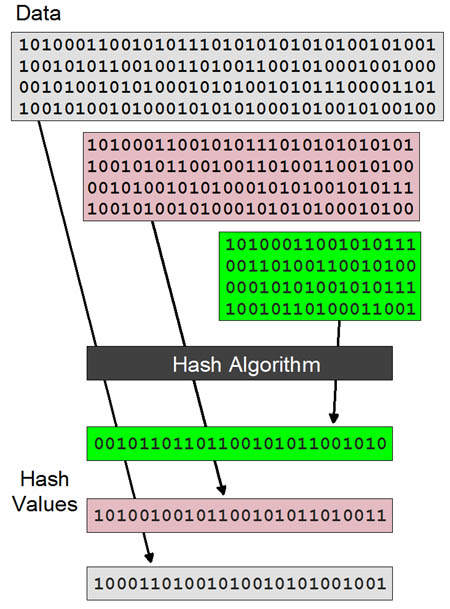 No matter the size of the message (the data being hashed), the resulting hash is a fixed length binary number. It could take a supercomputer years to reverse the hash back into the input; however, earlier and less secure hash algorithms can be broken with quantum computers (see quantum secure).