The amount of storage on a hard disk, measured in gigabytes and terabytes. The required hard drive capacity is computed by the amount of data that must be stored, which is often much greater than the space applications take up. For example, one movie can take four or more gigabytes. See hard disk, byte, SSD and space/time. 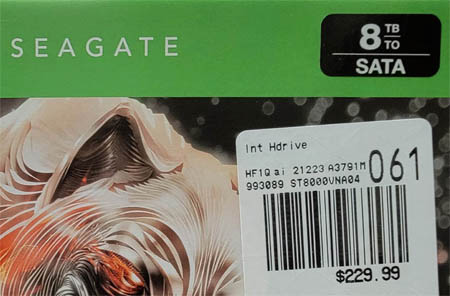 In 1957, the cost of one megabyte of storage on the first hard drive would be about $200,000 in current dollars. On the 8TB drive above, one megabyte costs three 10 thousandths of a cent ($0.0003), which means the first disk storage cost roughly 200 billion times as much as now (see RAMAC).