Today's hard drives use SATA or SAS interfaces, which are the serial versions of their PATA and SCSI predecessors. SATA drives are found in most personal computers unless they use solid state drives (SSDs), in which case the NVMe interface is an option (see NVMe). Enterprise-class SAS drives are found in servers and high-end workstations.

Following are the major types, including older ones for comparison. Although drives use the run length limited (RLL) encoding, the encoding method is not prescribed by the interface. See SATA, serial attached SCSI, RAID, RLL and hard disk.

Using SCSI disks, this prototype was built by University of Berkeley graduate students in 1992. Housing 36 320MB disk drives, the total storage of this entire rack was a whopping 11GB. See RAID. (Image courtesy of The Computer History Museum, www.computerhistory.org) 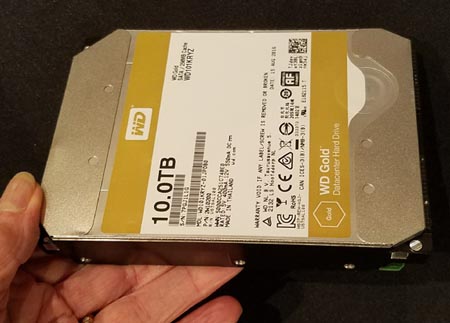