Capacity and Speed
As of 2022, a single hard drive holds up to 20TB (20 terabytes) of data. Speed is measured in megabytes per second for the transfer rate from drive to memory. It is also measured in latency, which is how long it takes to begin the transfer, typically from 3 to 15 milliseconds (ms). The platter has to rotate to the starting point of the transfer, and the read/write head has to move to that particular track. By comparison, CDs/DVDs take 80 to 120 ms.

Platters May Rotate Constantly
Disk platters rotate constantly at thousands of RPM unless they are configured to power down after a period of inactivity. This mechanical action is why hard drives are being replaced with solid state drives (see SSD). See hard drive capacity, access time and transfer rate.

Extraordinary technology for the 1950s, IBM's RAMAC was the first computer with a hard disk. Each of the 50 disk platters two feet in diameter held a whopping 100,000 characters. Today, the capacity of all 50 would fit on the head of a pin. (Image courtesy of IBM.) 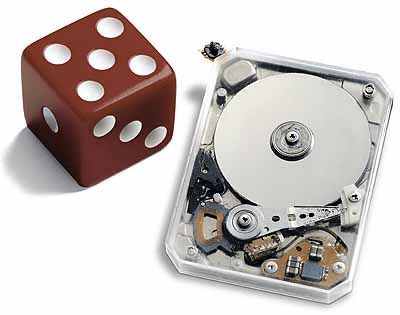 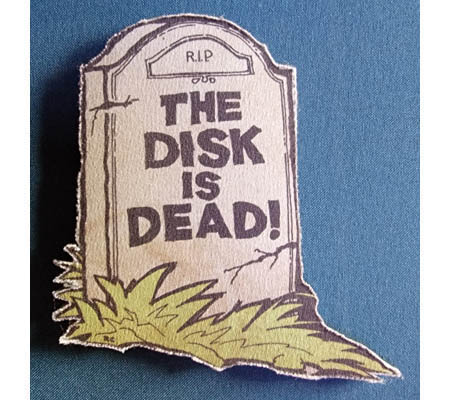 This was cut out from a promotional mouse pad by an SSD vendor in the late 1990s. With SSDs gaining momentum at that time, hard disks were expected to disappear within a few years. Hardly the case as platter capacities have skyrocketed since then. Seagate has projected capacities from 50TB to more than 100TB within the next ten years.