(Quick Response code) A two-dimensional barcode widely used for many purposes. When scanned with a mobile tagging app in a smartphone, the QR code can cause a Web page or app to download or even capture business card data. Codes are found in newspapers, magazines, brochures and store shelves, and billboard-size codes can be scanned at a distance, because the QR app uses the phone's camera.

4K of Alphabetic Data
The QR code can store up to 4,296 alphanumeric or 7,089 numeric characters, and if a high level of error correction is used, up to 30% of the image can be smudged and still be recognized. Created in the mid-1990s by a Toyota subsidiary to track parts on assembly lines, they are widely used in Japan. The technology became an ISO standard in 2000 and gained popularity in the U.S. within the decade.

Roll Your Own
To create your own QR code, visit the Kaywa QR code generator at http://qrcode.kaywa.com. 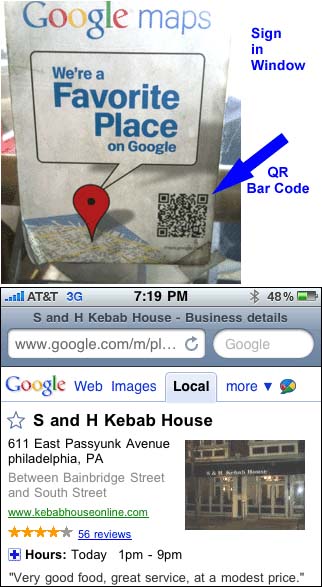 Scanning the QR code on the window sign with a mobile tagging app downloaded information and reviews about this restaurant.

Clicking the QR code at a New York City bus stop retrieves the arrival time of the next bus.

These two codes downloaded Web pages. The top one linked to an Escort mobile app, and the bottom one was a news release from Personal Communications Devices (PCD). 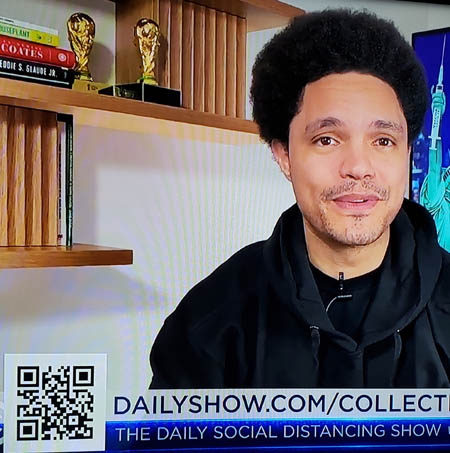 Taking a photo of this QR code displayed on Trevor Noah's talk show takes the person directly to the website being promoted.