A set of type characters in a particular design and size. Each typeface, such as Times Roman, Helvetica and Arial, is typically made available in four variations: normal weight, bold, italic and bold italic. Thus, for bitmapped fonts, which are fully generated ahead of time, four fonts would be required for each point size of the typeface. For scalable fonts, which are generated on the fly, only four fonts are required for each typeface.

Font Storage
Fonts mostly reside in the computer as "soft fonts." However, with PostScript fonts, a basic set is built into the printer along with the PostScript rasterizing engine. In the early days, plug-in cartridges were common (see font cartridge). See typeface, bitmapped font, scalable font, TrueType and PostScript fonts. 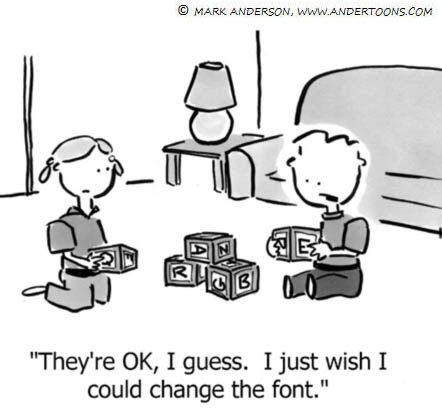