(flat User Interface) A two-dimensional user interface. The flat design rejects 3D effects such as sculpted, shadowed and translucent icons and window borders that were popular starting with the first personal computers and lasting well into the 21st century. The Windows 8 UI became flat in 2012; iOS 7 in 2013; Android 5.0 and Mac Yosemite in 2014.

As the gaming and virtual reality sectors increasingly tout 3D realism, it would seem the user interface (UI) was moving in the opposite direction; however, everything runs in cycles. In 2017, Microsoft introduced a new UI style that brought back a bit of shading and depth to Windows 10 (see Microsoft Fluent Design System and Metro interface). See iOS 7, Yosemite, Material Design, skeuomorph and user interface.

The Windows 7 buttons (top) had a slight 3D effect, while Windows 8 buttons (bottom) were totally 2D. 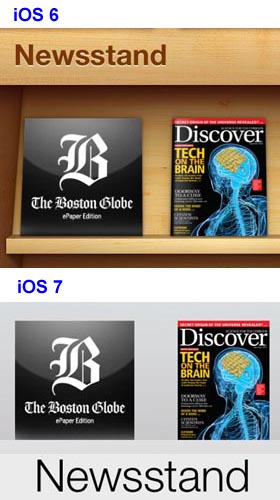