A wrist-worn device that can detect some combination of walking steps, running distance, heart rate, sleep patterns and swimming laps. Fitness bands interact via Bluetooth with an app in a mobile device that configures the device and downloads the wearer's activity data. Most smartwatches support some number of physical actions via a health app; however, dedicated trackers tend to monitor more functions. See smartwatch. 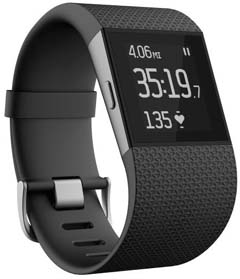 The Surge tracks everything including steps, distance, calories and stairs climbed, and it notifies the wearer when a call or text comes in. (Image courtesy of Fitbit Inc., www.fitbit.com) 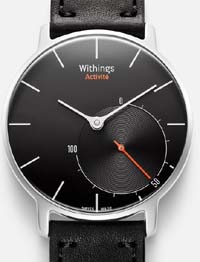 In 2015, Under Armour debuted UA Record, an app that pairs with all these brands and imports the data from the user's accounts. UA Record is an evolution of the MapMyFitness platform, which Under Armour acquired in 2013.