(Random Access Method of Accounting and Control) The first hard disk computer, introduced by IBM in 1956. All 50 of its 24" platters together held a total of five million 8-bit alphanumeric characters (5MB). Weighing more than a ton, RAMAC was half computer, half tabulator, and more than a thousand units were built until production ceased in 1961. The RAMAC had a drum memory for program storage, but its I/O was wired by plugboard. The machine was a major breakthrough as all prior computer storage used magnetic tape.

RAMAC leased for $38,400 per year, equivalent to roughly $300,000 in 2020 dollars. About a third of the cost was RAMAC's "huge" disk system. However, 60 years later, that same amount of storage cost less than one thousandth of one cent on a multi-terabyte hard drive. See tabulator.

Although this was amazing technology in 1956, RAMAC's 50 platters in total held the equivalent of "one" MP3 music file. (Images courtesy of IBM.)

In 1994, IBM reinstated the RAMAC name for its hard disk arrays. In 38 years, areal density vaulted from two thousand to 260 million bits per square inch, and access time decreased from 600 milliseconds to 9.5. (Image courtesy of IBM.) 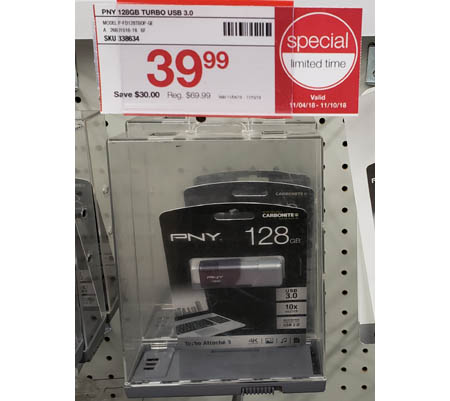