Film is a strip of plastic coated with an emulsion of light-sensitive silver halide crystals. In monochrome film, the crystals absorb the light. In the development process, they become silver and block the light to become the black areas on the negative. Color film has layers of color sensitive dyes starting on top: blue; yellow to prevent blue leakage; green-blue and red-blue. In development, the color dyes are retained and combine to form the colored image.

Still Filming in the 21st Century
Some Hollywood movies are still shot on film; however, the term "filming" is occasionally used to mean shooting a digital video or movie. See film camera. 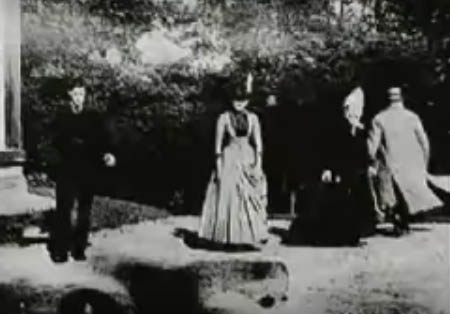 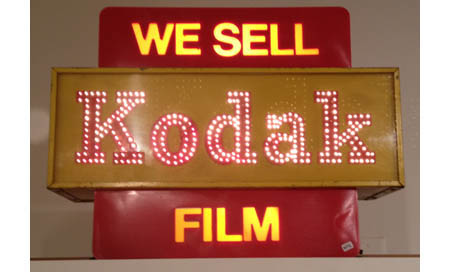 Kodak film, which is still being made, may some day be history. Years ago, signs such as this were everywhere, but this one was for sale in an antique shop.