(2) The software and method for storing and retrieving files on a disk, SSD or USB drive. A file system is a major component of the operating system (OS). Applications command the OS to input and output data, and the file system reads and writes the sectors on the storage drive.

The file system manages the folder/directory structure and provides an index to the files. It also defines the syntax used for the "path" to the files. File systems dictate how files are named as well as the maximum size of each file and the total storage capacity it can handle. See path and long file names. 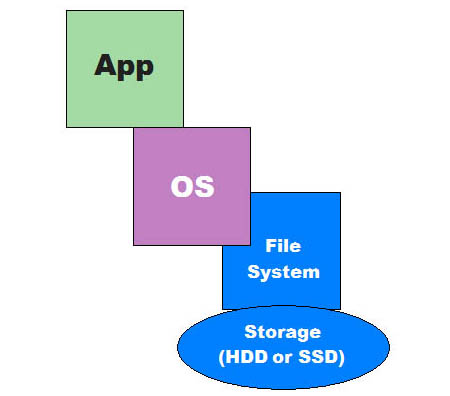 When the application sends a request to the operating system to store data to or retrieve data from storage, the file system is the software that actually locates and reads or writes the data. 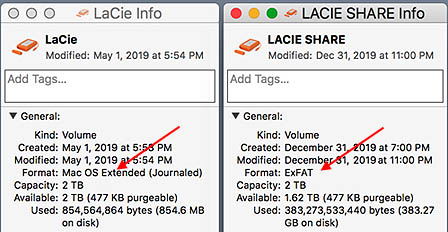 This external Lacie hard drive connected to a Mac is partitioned into two drives, each with its own file system. ExFAT allows the drive to be read and written on a Windows PC as well, while Mac OS Extended is another name for the Mac's HFS+ file system.