To the developer, a good user interface is the second most important aspect of great software. The first is that it works properly and does not crash (freeze, lock up). After months of trials and tribulations, if the application is finally stable, developers often publish it. However, there never seems to be enough attention paid to the user interface, especially for the first-time user.

Why Are Good User Interfaces So Hard to Design?
Because of ineffective testing. When testers try out a program for usability the first time, they cannot have a totally objective opinion when changes are made and they test it the next time. They already know what to expect. To truly learn how intuitive an interface is, each new revision should be given to an entirely different group of first-time users, not the same test crew. That hardly ever happens. See first-time user, first-time reader, RTFM and user interface.

To find problems with major software such as Windows, new versions are made available to countless people in beta form (see beta version). However, deciding which of the thousands of feedback comments are worthwhile is extremely difficult. In addition, beta testers of major software are rarely first-time users, if ever. See Windows vs. Mac.

User Interface = Trillion-Dollar Market Cap
The click wheel on Apple's first iPod was extremely innovative, and the iPod helped turn the company around. Google's "clean screen" made people feel its search was faster before they even typed a single word. Amazon's "one-click ordering" made online buying a snap. Three very innovative and easy-to-use interfaces helped these companies become giants.

A long time ago, this Windows option caused the cursor to snap to the default button in a dialog box so the cursor is on top of the most likely answer instead of at the opposite end of the screen. Sadly, this feature does not always work because the application was not programmed to use it.

Starting in 2007, when a section of text is highlighted in Microsoft Word, an edit box is displayed right above the cursor location instead of some arbitrary location on screen. This behavior should be standard everywhere. 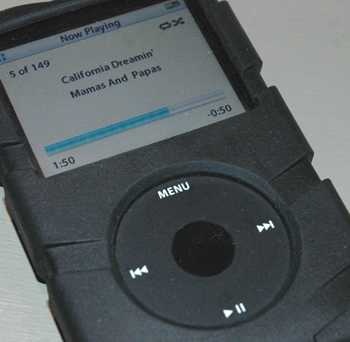 The industry should take notice that "ease of use" helped turn Apple around. Much of the iPod's early success was attributed to the rotating click wheel that was easy to use with one hand. That attention to usability helped bring the company back from its all-time low. See click wheel. 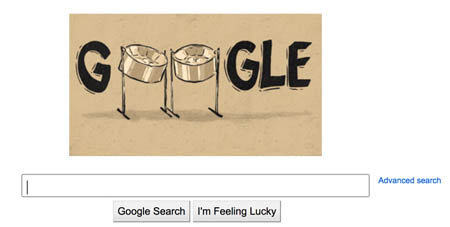 Still just a search box more than two decades later. When Google was first launched in the days of slow analog modems, its sparse Web page loaded in a snap. Google seemed faster than other search engines before the user typed a single letter. This screen is from mid-2022. See Google. 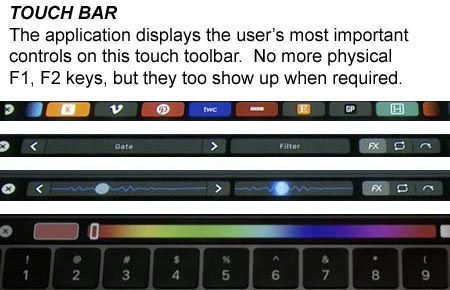 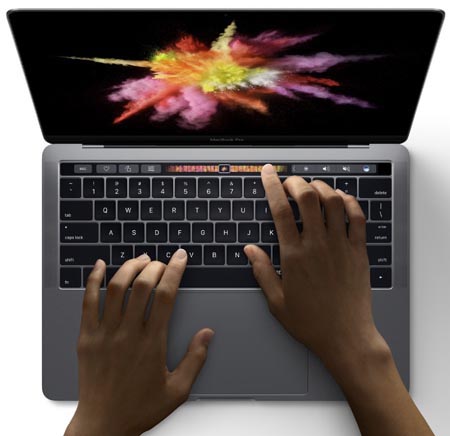 In 2016, the touchscreen toolbar on top-end MacBooks replaced the function keys. A brilliant idea, but it was up to the software developers to program the bar for their applications. In 2021, Apple dropped the Touch Bar on its 14" and 16" MacBooks, but left it intact on the 13" models. See MacBook. (Images courtesy of Apple Inc.) 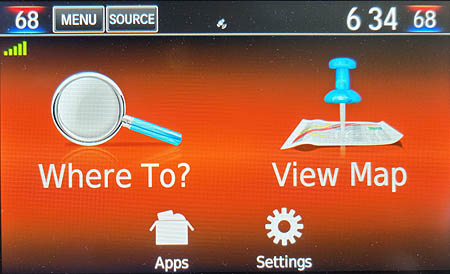 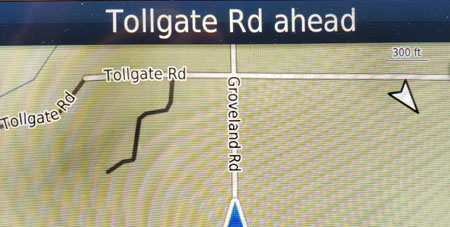 Automobile infotainment systems sometimes have the most complicated user interfaces, which is especially troubling considering people operate them while driving. The home screen (top) on this in-dash Garmin system makes it a snap to display the map or start a direction search. The cross-street feature (bottom) is indispensable for finding the right street at night or in bad weather. See in-dash navigation and navigation system. 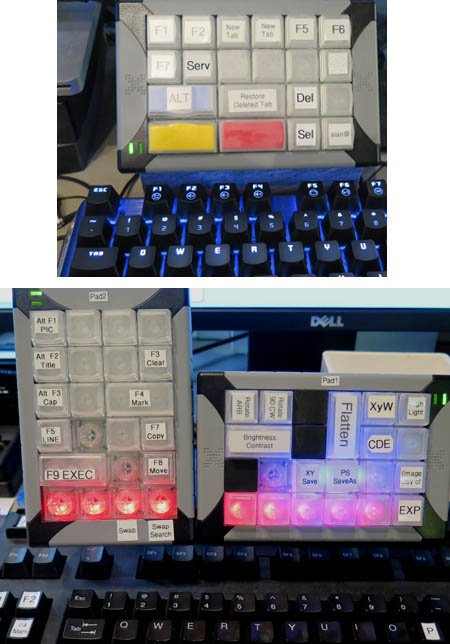 These keypads for the Mac (top) and Windows (bottom) are programmed for widely used repetitive keystrokes within the OS and specific applications. For details, see programmable keypad.