A negative reaction to wireless signals. Also called "gadget allergies," symptoms can be headaches, nausea, ringing in the ear (tinnitus), fatigue, irritability, fainting and pain throughout the body. In order to feel improvement, some people have moved into remote areas; however, it is difficult to avoid wireless signals no matter where one lives on the planet.

A Very Controversial Subject
Although studies relating to cellphones were inconclusive in the past, most of them were conducted by the cellular industry, and independent researchers have claimed foul play. However, people are increasingly speaking out because they are being affected.

More Than You Might Have Thought
It is not unreasonable to think that human molecules can be disturbed by the thousands of signals passing through them every second of the day from AM radio, FM radio, HD Radio, over-the-air TV, satellite TV, GPS, satellite communications, cellular service, radar, smart electric meters, Bluetooth devices such as headphones, speakers, keyboards and mice, as well as cordless phones and the constant bombardment of Wi-Fi.

People Can Feel Improvement
When people around the world swear they feel better after moving from the city to a rural location or when shutting down their Wi-Fi, it is reasonable to think that electromagnetic hypersensitivity (EHS) is very real. Humans have genetic differences that can result in diverse reactions to the environment. Some may be sensitive to radiation, while others are not. However, since the turn of the century, wireless activity has increased exponentially. The higher 5G cellular frequencies are also causing apprehension (see 5G radiation).

First Time in History
It will take a few more decades to determine the extent of human damage taking place due to radiation. Babies born today are the first generation in history whose developing brain cells are bombarded with wireless signals. Time will tell.

Duration and Constant Frequencies
The harm is caused by two factors. First, people are bombarded 24/7 with manmade signals emanating from outside the home, and inside the home, channels are often streamed to the TV via Wi-Fi for hours on end. The second reason is that manmade signals transmit as uniform frequencies in contrast to atmospheric radiation that is more random and less harmful to human cells.

Solutions
As a precaution when telephoning, many people hold the phone away from their head or use a wired headset. Even better are headsets with less metal wire (see air tube headset). Rather than stream video via Wi-Fi, households have switched from wireless to wired, running Ethernet cables from their router to their home theater equipment. See radiation shielding.

The constant beaconing in the Wi-Fi access point, which advertises the name of the Wi-Fi network all day long, can be easily turned off (see SSID broadcast). In addition, Wi-Fi routers and access points can be turned off at night with a timer while people sleep (see wireless router and PoE injector). In 2014, France took a major step by banning Wi-Fi entirely in nursery schools and turning Wi-Fi off in elementary schools when not specifically used for teaching. See SAR. 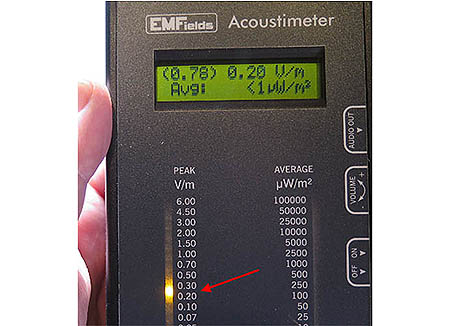 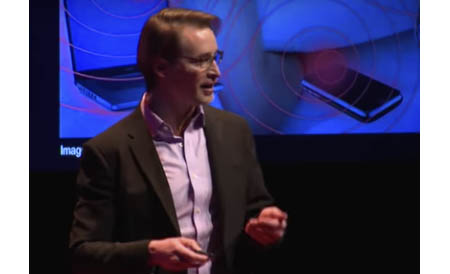 Jeromy Johnson is an expert on EMF radiation. His 2016 TEDx Talk on the subject entitled a Wireless Wake-up Call is alarming but also informative, outlining ways people can prevent harmful exposure. For more information, visit www.emfanalysis.com. 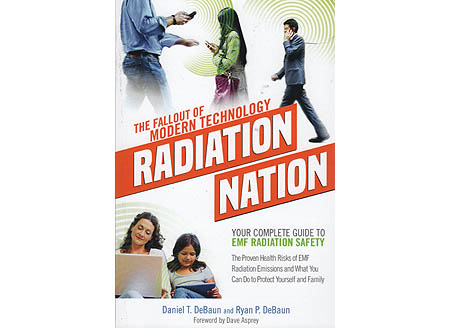 Radiation Nation contains a lot of information about electromagnetic hypersensitivity, including tips on how to diminish exposure to EMF radiation. The author started DefenderShield, a company that makes products that minimize radiation.