The common type of loudspeaker that uses a magnetic field to move a cone-shaped diaphragm. When alternating current (the audio signal) is applied to the coil, the diaphragm vibrates and causes air to move, thus creating sound. Contrast with electrostatic speaker. 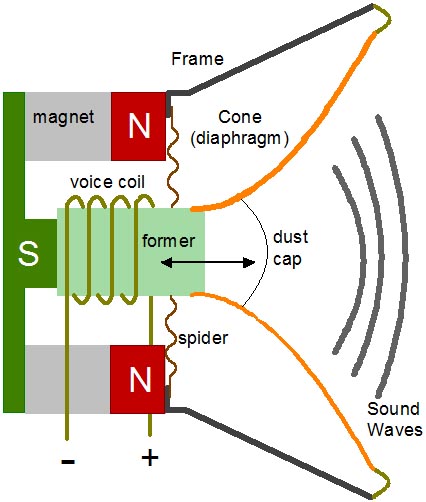 The voice coil is wrapped around a "former," which is attached to the cone-shaped diaphragm. Current applied to the coil in between the poles of the magnet cause the coil, former and diaphragm to move in and out. The magnet diagram is not drawn to scale: gaps between elements are shown much larger than the real magnet below. 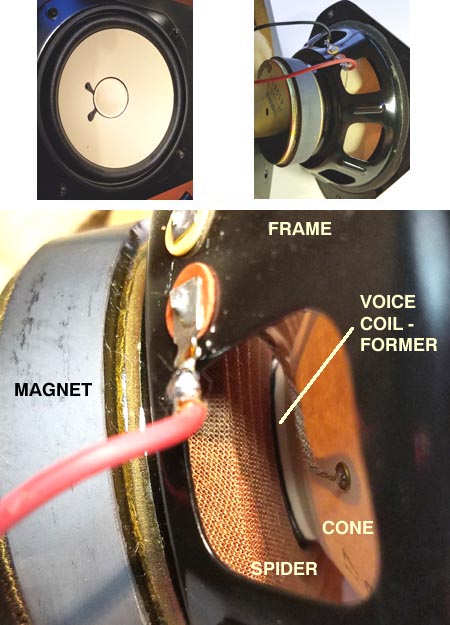 The front and back of a real speaker (top). The spider and former are visible through the opening in the frame. The ripple-shaped spider moves up and down with the voice coil-former while preventing it and the cone diaphragm from moving sideways (see previous illustration). 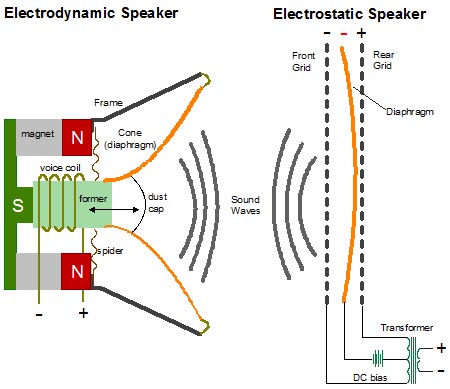 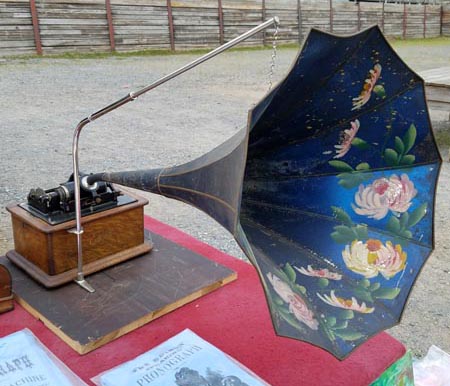 At the turn of the 20th century, sound was produced in this Edison "Talking Machine" by a needle vibrating a mica glass diaphragm as it undulated in the grooves of the recorded cylinder. The sound was amplified by the horn.