Using multiple antennas in an area that might normally have only one antenna. Typically at lower power than a single antenna, a distributed antenna system (DAS) is commonly deployed for 4G cellular systems in urban areas. A distributed system may even be used in large apartment buildings. For example, an optical fiber might connect to the cellular carrier, and the signals are wired to antennas on every floor. 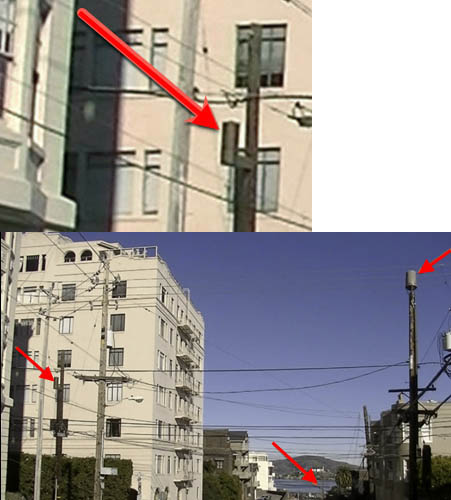 In San Francisco, distributed antenna systems are commonplace; witness these three small antennas within a couple hundred feet of each other. (Image courtesy of EMFanalysis.com.)