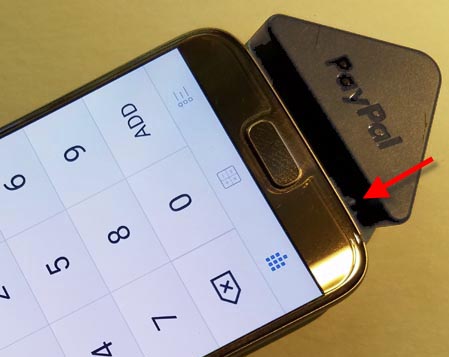 Payment services such as Square and PayPal use credit card readers that plug into smartphones with analog headphone jacks (red arrow). The reader converts the digital data in the magnetic stripe to analog tones similar to analog modems for dial-up telephone lines. Newer smartphones have dropped the analog port. See analog modem.