A digital turntable used by disc jockeys (DJs) who orchestrate prerecorded music for parties and events. The devices are CD players that have a slip pad disc like a platter on an analog turntable. The DJ holds and reverses the slip pad to produce scratchy sounds and other special effects that are electronically simulated. They also include numerous other functions not found on regular CD players such as flash memory storage for multiple sound tracks, cue point marking and automatic looping.

Turntablism
In the mid-1990s, hip-hop DJs introduced a "scratching" sound by quickly moving the vinyl record forward and backward on the turntable. By physically manipulating the platter, they created a number of sound effects known as "turntablism." The industry responded with a digital turntable that would emulate the spinning platter and provide even more effects. See turntable and Laser Turntable. 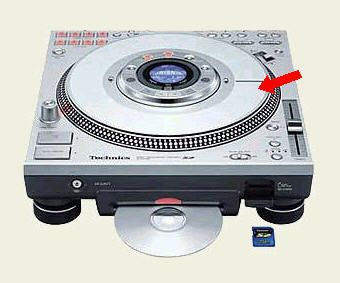 In 2004, Panasonic introduced the digital version of its venerable analog turntables. This SL-DZ1200 CD player provides the look and feel of a vinyl turntable, and DJs work the slip surface platter (arrow) as if it were a vinyl record. (Image courtesy of Panasonic Consumer Electronics Company.) 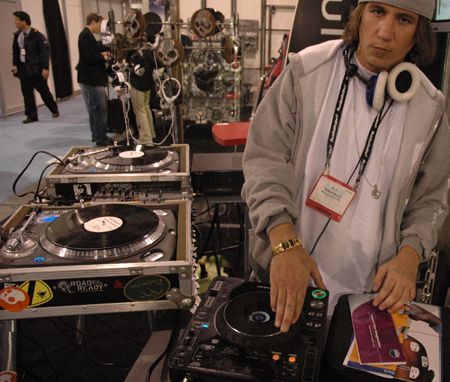 DJs often use both analog and digital players. Years ago, features such as variable speed control were added to vinyl record turntables (left) for creating special effects. Many more effects are available on the Pioneer CDJ-1000 digital turntable this DJ is operating.