An image editing application for digital photos. It is used to crop and touch up photos, as well as organize them into albums and slide shows. Photo editors typically do not have the myriad filters and features of a full-blown image editor such as Adobe's Photoshop or Corel's Paint Shop Pro. However, every photo editor includes a basic set of tools sufficient for most consumers. See photo manager, graphics viewer, image editor, digital camera and slide show.

Triscape's FxFoto was loaded with features for both novice and expert. It kept controls on screen all the time, so users became more familiar with the program with each use. Photo collections were viewed in the left pane, while the current image was displayed on the right. 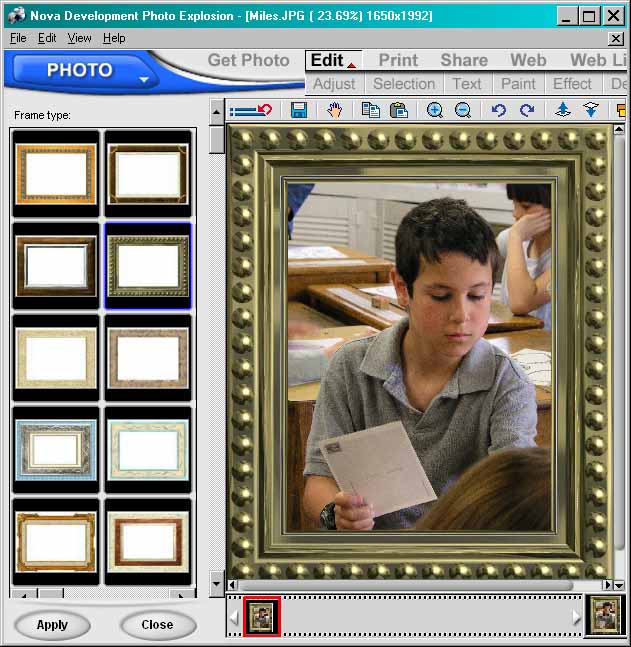 Geared to the novice, Nova Development's Photo Explosion (www.novadevelopment.com) incorporates common functions the average user might need to edit and organize photos. This example wraps a selected picture frame around the image; a nice touch for grandparents.