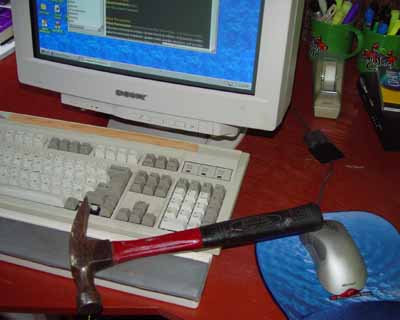 Hammers are not normally part of the debugging toolkit. However, many years ago, in order to find a scrolling bug in the Windows version of this encyclopedia, the text had to be scrolled for many minutes until it crashed. For future testing, a built-in auto scroll was later added.