Restoring data from disks, tapes, CDs and digital photo memory cards that have been damaged by accidents, natural disasters, power surges and malfunctioning electronics. Laptop hard disks are especially vulnerable if users are constantly on the move. See disaster recovery and disc repair.

The Recommended Approach
The best data recovery technique is to have data already backed up on another storage device either on the same computer, a network server or the Internet. Data recovery becomes a simple copy procedure after the failed peripheral is replaced. At worst, applications may have to be re-installed if only user data was backed up, but unless the applications are vintage programs that are no longer available, the data are far more valuable than the software.

Several Techniques for Damaged Media
If there is no backup and data must be recovered, there are organizations that specialize in retrieving data from damaged computers. They may be able to move the drive to a working computer, or they may have to open the drive and replace parts such as read/write heads, actuator arms and chips. Sometimes, the platters are removed and placed into another drive.

Getting More Difficult
Newer disk drives are tested at the time of manufacture, and parameters unique to that drive are stored in the drive's firmware. As the drive is used, data about bad sectors is added. If the drive is badly damaged in the areas that contain this drive information, replacing parts may not be enough to recover the data. Such drives require in-depth analysis for recovery. In 2004, ActionFront Data Recovery Labs introduced SignalTrace, a device that learns the characteristics of any disk drive in order to program a controller to operate it. 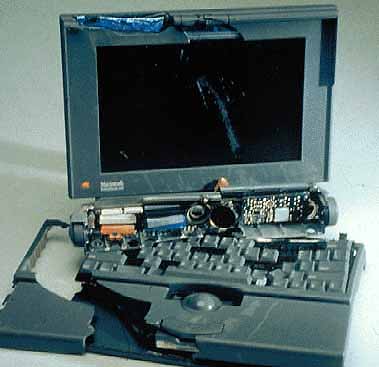 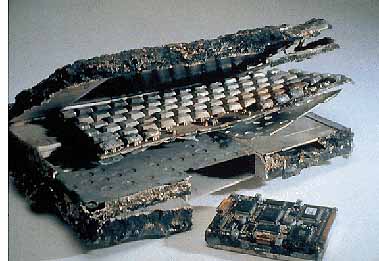 These examples are real computers from which data was recovered by the DriveSavers data recovery company. The top unit was crushed by a shuttle bus, and the bottom one was in a fire. As long as the disk drives are relatively intact, data can be recovered from computers that appear totally destroyed. (Images courtesy of DriveSavers, Inc., www.drivesavers.com) 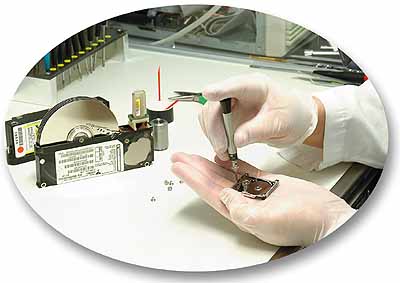 This ActionFront lab technician is taking apart a damaged disk drive in order to replace some of its parts. Very often, in order to make the drive operable, it has to be opened, and its read/write head, actuator arm or circuit board has to be replaced. Sometimes, the platters have to be placed into another drive. ActionFront, renamed Seagate Recovery Services in 2007, is a major North American data recovery organization. (Image courtesy of ActionFront Data Recovery Labs, www.actionfront.com)