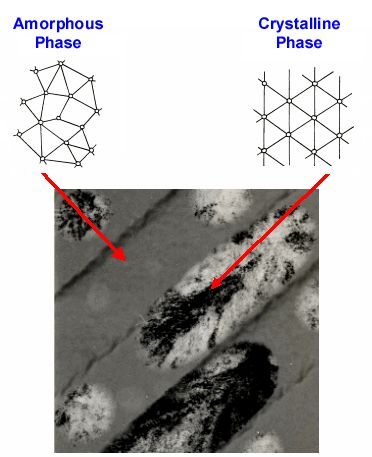 This magnified UDO disc from Plasmon shows the less reflective amorphous (grey) and more reflective crystalline (light/dark) bits. The crystalline area is not a single crystal, but a multi-crystalline region. Due to different crystal alignments and interaction of the beam used to image the material, the reflective bits appear variously light and dark. The different sizes of bits are due to UDO's encoding method. (Image courtesy of Plasmon, www.plasmon.com)