An Ethernet cable in which the transmit line connects to the receive line at the other end and vice versa. It is used today primarily to connect one computer to another for data transfer. In the past, it was widely used to connect hubs and switches to each other to maintain the built-in crossover that would have been reversed if connected with a regular cable.

To connect old hubs and switches to each other via their already-crossed "MDI-X" ports required a crossover cable. There was usually one port on the hub or switch that had the crossover built in (for details, see MDI port). 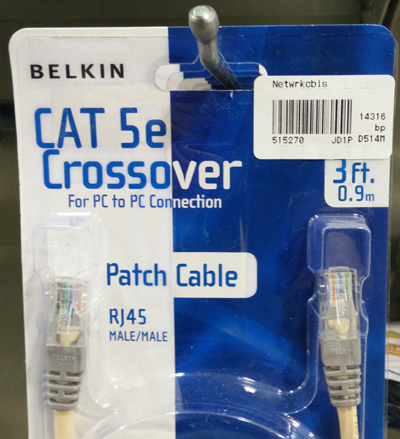 The most common use for a crossover cable nowadays is to connect two computers together via Ethernet. (Image courtesy of Micro Center, www.microcenter.com)