An application that uses the command line for input and output rather than a graphical interface (GUI). For example, utility programs that perform a single function or that run in the background are often written as console apps. Many DOS utilities, which never had a graphical interface (GUI) in the first place, were turned into Windows console apps when Windows became mainstream. Contrast with GUI. See console game. 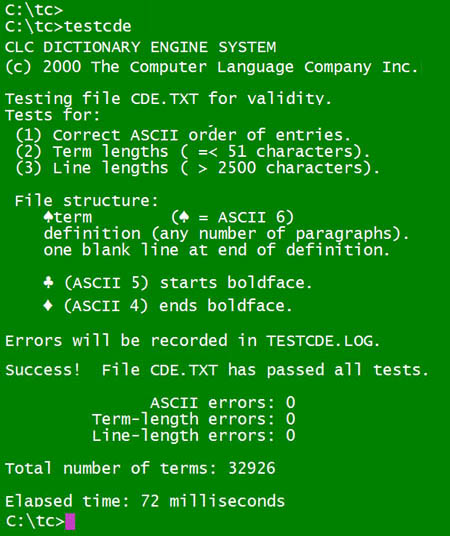 Many applications run and display results from the command line such as this test program for the encyclopedia. Console applications are faster to write than Windows, Mac, iOS or Android apps that use the graphics-based interface (GUI).