Pronounced "chee" from Chinese, meaning "life force," Qi is a wireless charging method from the Wireless Power Consortium (www.wirelesspowerconsortium.com). Introduced in 2009, Qi is based on "closely coupled" electromagnetic induction that requires the device to be aligned on top of the coil on the charging pad. Hundreds of devices are Qi certified, including Google Nexus and Samsung phones, and loosely coupled versions of Qi are expected in the future. See wireless charging.

Medium and Loosely Coupled
Under development at the Wireless Power Consortium (WPC) are a "medium-coupled" version of Qi that operates at a distance of up to approximately 15mm and a loosely-coupled version (Qi 3D) that can be up to 50mm. Typical applications are in vehicles and for mounting under table and desktop surfaces. Loosely coupled products not certified by the WPC have also been announced. 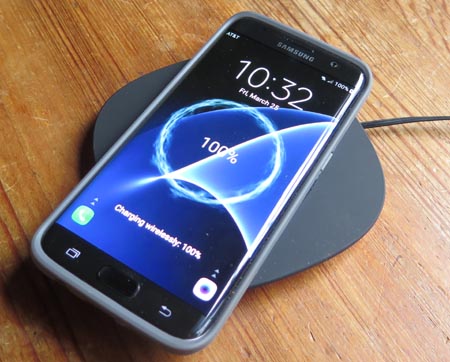 Dropping this Galaxy S7 Edge onto the Belkin wireless charger causes power to be transferred. A small amount of positioning is required to align the coils. 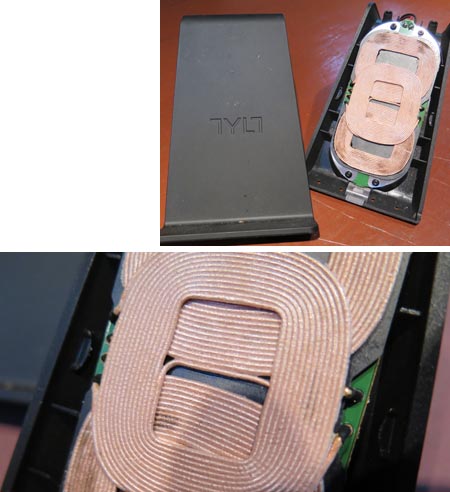 Inside this TYLT charger are three coils that charge the phone by electromagnetic induction.