(2) (Cathode Ray Tube) A vacuum tube used as a display screen in a computer monitor or TV. The viewing end of the tube is coated with phosphors, which emit light when struck by electrons.

Electrons and Phosphors
The CRT works by heating a cathode which causes electrons to flow. Accelerating and focusing anodes turn the electrons into a fine beam that is directed to the phosphors by magnetic fields that are generated by steering coils. The viewing end of a color CRT tube is coated with red, green and blue phosphor dots, and separate "electron guns" bombard their respective colors a line at a time in a prescribed sequence (see raster scan).

The resulting color displayed on screen is derived by the intensity of the electron beams as they strike the red, green and blue phosphors and cause them to glow at each pixel location. See cathode and vacuum tube.

Back to the 1800s
The first oscilloscope tube was developed in 1897 by German scientist Ferdinand Braun. Using a fluorescent screen and still known as a "Braun tube" in Germany, his "cathode-ray oscilloscope" was used to display the patterns of electronic signals. Although better known for inventing the CRT, Braun shared the Nobel Prize in 1909 with Guglielmo Marconi for wireless telegraphy.

Using a bellows, it took a strong man to evacuate the air from this tube. The successor to Sir William Crookes' vacuum tubes some 20 years earlier, these tubes used unheated "cold" cathodes that required a huge voltage. (Image courtesy of O'Neill's Electronic Museum) 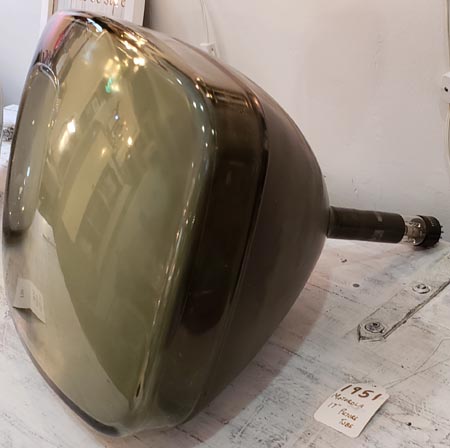 Although clunky by comparison to today's color screens, millions of people were thrilled when they first watched CRT-based monochrome TV. (Image courtesy of Vintage Vibe, www.thevintagevibestore.com) 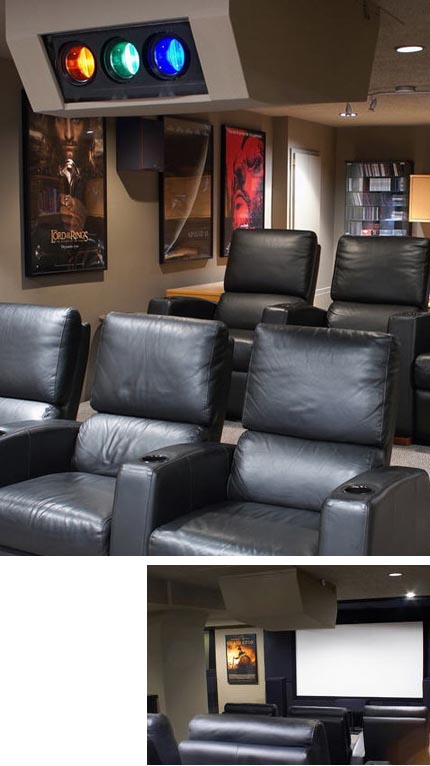 The first data and TV projectors used CRTs, and although mostly abandoned, they continue to provide the highest quality. In 2006, this home theater was built by a serious video enthusiast. See front-projection TV. (Images courtesy of Kal of CurtPalme.com)

Although big and bulky, the Pioneer Elite Pro-107 was perhaps the best CRT-based rear-projection TV ever made. Still working fine after 17 years, this unit was sold for a pittance in 2010. See rear-projection TV.