Communicating from one human brain to another. In 2013, the University of Washington demonstrated the first brain-to-brain interface. A researcher playing a computer game wore a cap that sensed brainwaves. He did not have the game controller and could not physically press any buttons. Using only his mind, he pressed the button by thinking about it, and his brain's electrical activity was transmitted to a second researcher in another location, who actually pressed the button. See brain-machine interface. 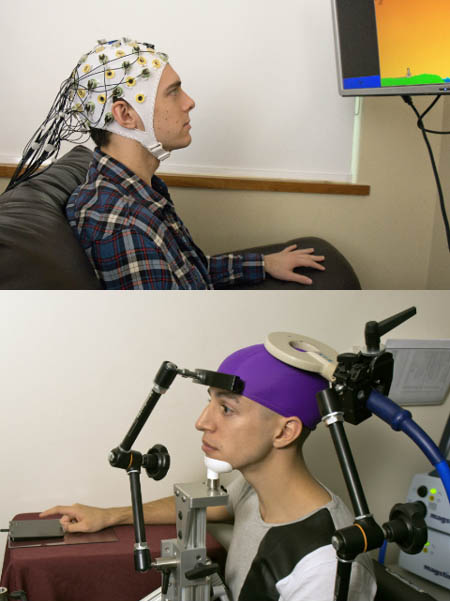 While playing the game (top), the researcher presses the button with his mind, and the cap senses his brain waves. Unable to view the game, the recipient (bottom), wearing a transcranial magnetic stimulation (TMS) coil over his left motor cortex, felt his finger involuntarily press the button at various times. (Image courtesy of University of Washington.)