As part of CES 2022, completely self-driving racecars competed at the Las Vegas Motor Speedway to win the Indy Autonomous Challenge. Teams from more than a dozen universities around the world competed at speeds in the 150-170 MPH range. The drivers' seats were replaced with computers, and as in self-driving passenger cars, cameras, radar and LIDAR were used to sense their surroundings. In 2021, time trials were held, but 2022 was the first year of competition. See self-driving car and CES. 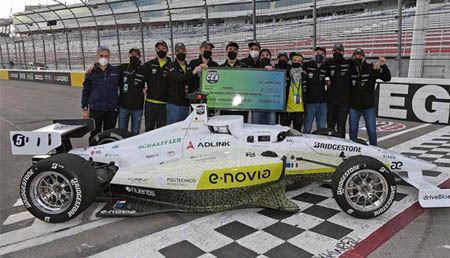 A team of researchers from the University of Alabama and the Polytechnic University of Milan created PoliMOVE. (Image courtesy of Indy Autonomous Challenge.)