Software that causes applications to load and run. Launching an app is naturally built into every operating system; however, third-party app launchers are available and popular for mobile devices. An app launcher replaces the stock user interface for organizing the home screen and app icons predominantly in the Android world; however, they are also available for jailbroken iPhones (see iPhone jailbreaking and Cydia). See Launchpad and app drawer. 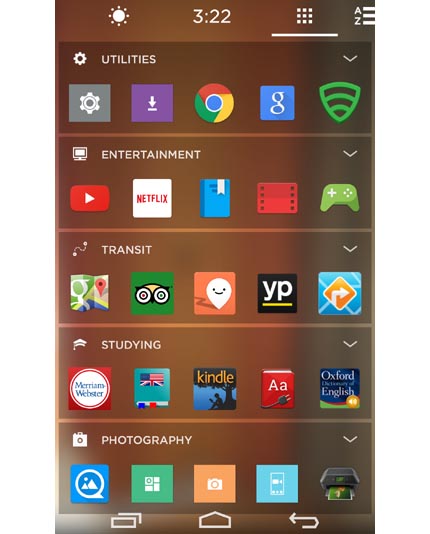 Along with an alphabetical list of apps and other features, Aviate catalogs apps in predefined or user-titled groups. Icons can be copied to the home screen and be relocated within the groups.