The mechanical arm that moves the read/write head across the surface of a hard disk similar to the tone arm on a phono turntable. The access arm is directed by instructions in the operating system to move the head to a specific track, and the rotation of the platter positions it over the required sector. Also called an "actuator arm" because the actuator is the motor and mechanism that moves the arm. See read/write head and track. 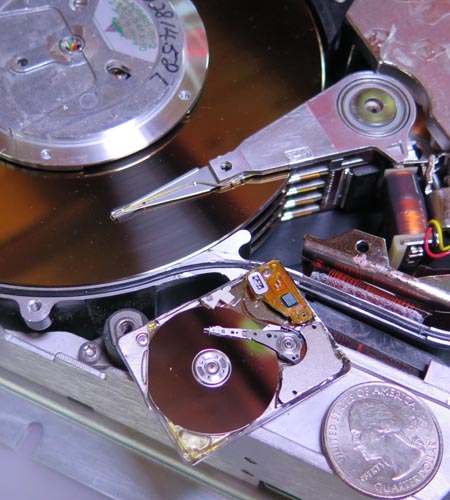 The disk's access arm is a marvel of mechanical operation as it moves at blazing speed back and forth across the surface of the platters. The large multi-platter drive is early 1990s vintage, while the tiny single-platter Microdrive is from the mid-2000s. See Microdrive.