The largest video sharing site on the Web. YouTube lets anyone upload videos for private or public viewing. Founded in 2005 by Chad Hurley, Steve Chen and Jawed Karim, it was acquired by Google in 2006 for $1.65 billion. Another Internet phenomenon with meteoric growth like Amazon, Yahoo!, Google and Facebook, within a couple years, YouTube was streaming 25 petabytes (quadrillion bytes) of content each month. YouTube accounts for the largest amount of traffic on the Internet.

Providing a venue for sharing videos among friends and family as well as a showcase for new videographers, YouTube instructional videos are available on every subject in the world. It is also a destination for anyone who wants to make a statement. By embedding the appropriate link in a blog or website, YouTube videos are activated from millions of venues.

YouTube Formats
YouTube accepts a variety of formats and converts them to 16:9 wide screen, letterboxing all 4:3 content that is submitted. HTML5 is the default video format, superseding Flash. 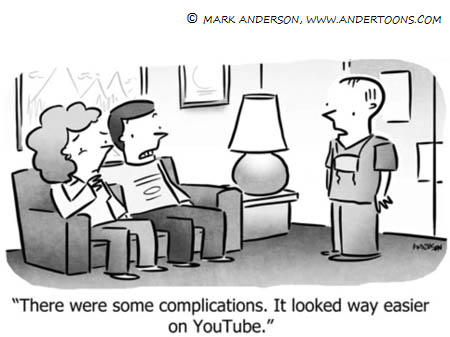