Swivel-screen laptops that convert to a flat slate and laptops with removable screens were designed to take advantage of the desktop-tablet integration. In addition, Microsoft introduced its own tablet hardware for the first time (see Surface tablet). See convertible laptop and hybrid laptop.

Also provided was a tablet-style UI originally named "Metro." Although Microsoft officially dropped the Metro name, there are thousands of articles that refer to Metro. Resembling the Windows Phone interface, the "tile-based" tablet-style features full-screen apps geared for touchscreens (but also work on regular screens), and users can easily switch between tablet-style and traditional desktop apps on their Windows 8 PCs and tablets. 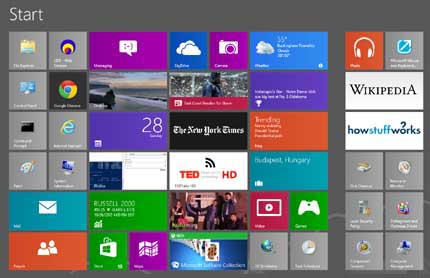 The style of the icon on the Start screen identifies the app as desktop or tablet style (Metro). All of the square, gray tiles are desktop apps, which also means this is an x86 PC and not an ARM tablet. 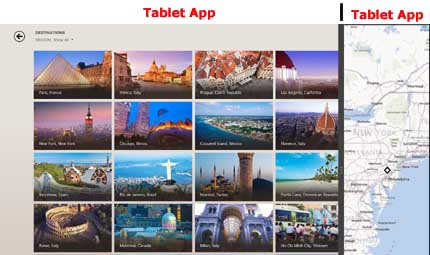 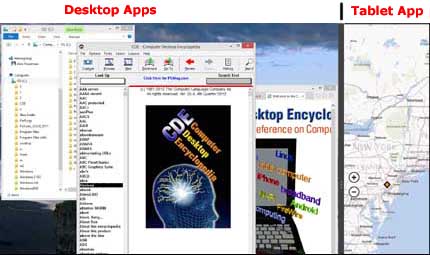 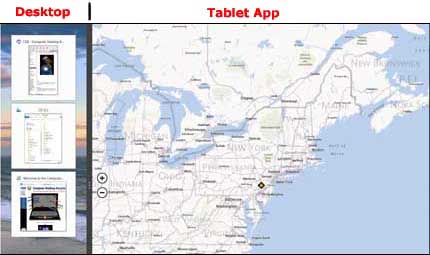 On x86 and ARM tablets, two apps can share the screen with one displayed as a sidebar. On x86 PCs and tablets, the desktop and one tablet app can exist side-by-side.

Like all tablets, Windows 8 and Windows RT tablets have touchscreen keyboards, although a variety of external keyboards are available.