Windows 8 integrates the familiar Windows desktop, in use since 1995, with a new tablet-style interface designed for touchscreens. The tablet interface was originally called "Metro," and the Metro term is still found in numerous articles.

If you are not familiar with the Windows desktop, see Win abc's and Win tips for desktop fundamentals.

Regarding Windows RT
All of the Win8 entries in this encyclopedia refer to Windows RT tablets as well. The Windows desktop exists in RT but only for Microsoft applications, such as Office and File Explorer.

Three components of the Windows 8 interface replaced the Start menu in previous versions of Windows. 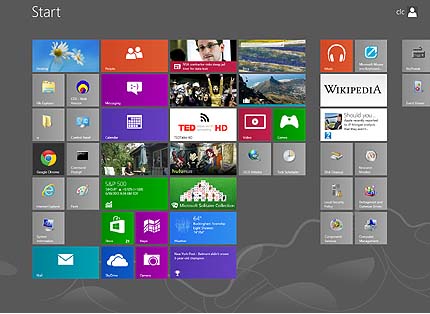 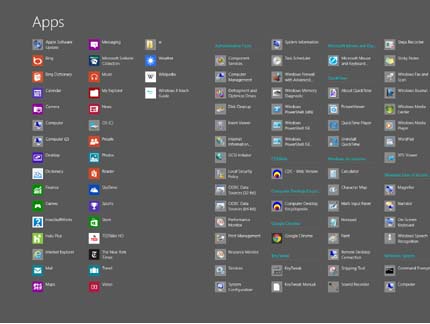 The Apps screen also scrolls horizontally and displays every app in your PC or tablet as an icon. When new apps are installed, their icons are added here. Clicking or tapping an icon launches the application (for details, see Win8 Apps screen).

The Charm toolbar is used for searching, sharing, changing PC settings, and turning the computer off (for details, see Win8 Charms bar).


Launching the Desktop
Like all previous versions of Windows, multiple apps can run on the desktop. However, in Windows 8, only desktop apps run on the desktop, and tablet-style apps run as separate entities side-by-side with the desktop (for more details, see Win8 Desktop.

Desktop Apps and Tablet-Style Apps
Unlike desktop apps, which have resizable windows that can be moved over, under and around each other, tablet-style apps run full screen. However, you can show two tablet-style apps side-by-side with one predominant and the other in a sidebar (see Win8 Sidebar).

Touch vs. Keyboard and Mouse
The challenging thing about Windows 8 is that there are different ways to move around if you only use touch versus a keyboard and mouse. However, if you have a desktop PC with a touchscreen or a tablet with a keyboard and mouse, you can use all the methods. For a summary of mouse and touch commands, see Win8 mouse tips and Win8 touch tips.

Switching Between Open Apps
There are old ways and new ways to switch between open applications in Windows 8 (for details, see Win8 Switch apps).