Mobile Wireless
Carriers such as AT&T and Verizon are technically "mobile WISPs;" however, they are generally called "cellular carriers" or "mobile carriers."

Fixed Wireless
In contrast, "fixed wireless WISPs" mount antennas on tall buildings with line of sight to their customers or to other antennas that relay the signals around obstacles. WISPs became popular in rural and outlying areas, because they were the only high-speed Internet connection available; however, they are also deployed in urban areas and compete with the major ISPs.

A Backup Option
Companies use WISPs for regular Internet access as well as for backup in case their wired connection fails. See WiMAX, ISP, fixed wireless, Clearwire, WISPr and 802.11. 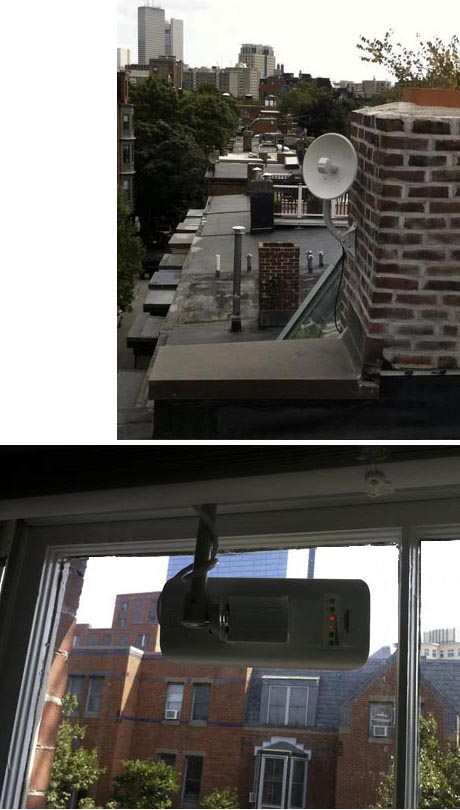 Providing Internet access to residences, apartment houses and commercial buildings, netBlazr features performance at reasonable prices. These antennas, which receive line-of-sight signals in the 5 GHz band, are installed by the company and plug directly into the user's computer or network. (Images courtesy of netBlazr, www.netblazr.com)