The company was founded in 1975 as Turtle Beach Softworks in Elmsford, NY, which developed audio editing software. In 1990, it introduced a hard disk-based audio editing system and a year later was acquired by Integrated Circuit Systems. ICS launched its first PC sound card and named its lines after beaches from around the world.

In 1996, Turtle Beach was sold to Voyetra Technologies, an audio synthesizer and repair facility in New York State, also founded in 1975. Voyetra later developed software and drivers for most PC sound cards.

Turtle Beach merged with Parametric Sound Corporation in 2014 and initially adopted the Parametric name. It took back the Turtle Beach name soon after. 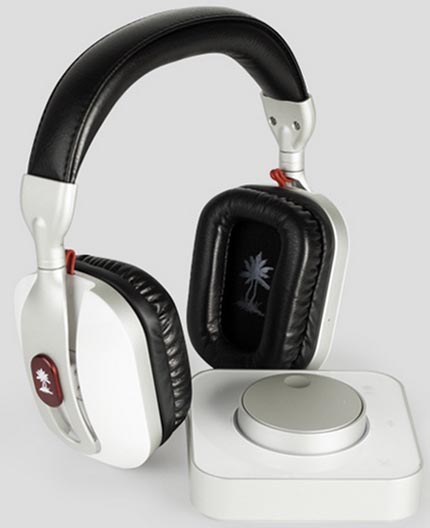 Using the Headphone:X technology, the base station of Turtle Beach's Ear Force i60 converts the multi-channel audio from the PC into two-channel surround sound that transmits wireless to the headset. The microphone is hidden in the i60. (Image courtesy of Turtle Beach Corporation, www.turtlebeach.com)