A computer fast enough to support virtual reality goggles and applications. Available as towers or laptops, such machines have the fastest graphics cards (GPUs) and processors. In the past, they also required a large number of ports; for example, four USB ports were recommended for the original Oculus Rift in addition to HDMI. The Rift S reduced the USB number to one. See Oculus, VR headset, GPU and virtual reality. 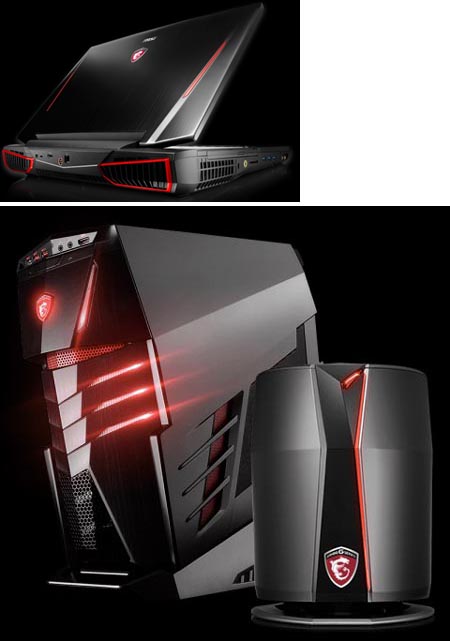 Featuring NVIDIA graphics, MSI makes a variety of VR-ready desktop and laptop computers. Although generally heavier than most business laptops, a VR-ready laptop has the computing and graphics power to handle the demanding gaming workload. (Image courtesy of Micro-Star International Company Ltd., www.msi.com)