(Virtual Reality headset) A head-worn apparatus that completely covers the eyes for an immersive 3D experience. Also called "VR goggles," VR headsets may be entirely self-contained such as the Oculus Rift or the HTC Vive. They are costly and must be tethered to a very robust computer to handle the animation. Considerably less expensive units require the user's smartphone to be strapped onto the device.

Whether within the goggles or relying on the smartphone, VR headsets use some combination of accelerometer, gyroscope, magnetometer and proximity sensor to detect the user's motion. See AR headset, AR/VR headset, virtual reality, Oculus, Samsung Gear VR and Google Cardboard. 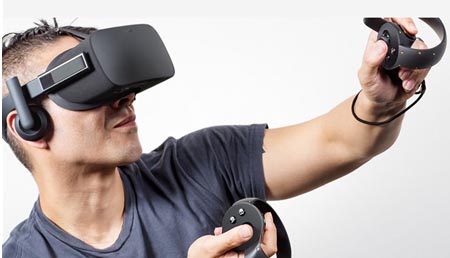 The Oculus Rift is self-contained but needs a PC to function. Using two Oculus Touch controllers, this gamer is immersed in a 3D game on the Oculus Rift. (Image courtesy of Oculus VR, LLC, www.oculus.com) 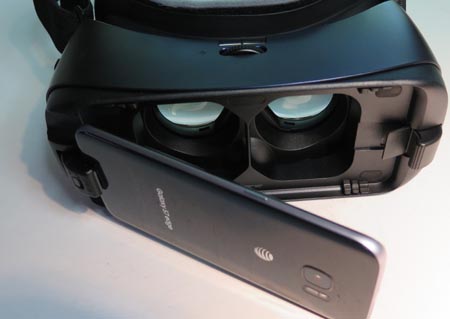 There are numerous VR goggles that provide the lenses but require the user's smartphone such as this Gear VR (see Samsung Gear VR). 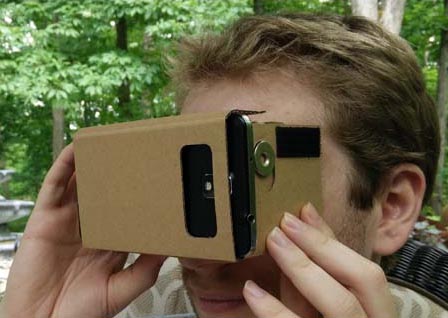 Google developed a VR app and designed a headset for third parties to make out of cardboard. See Google Cardboard. 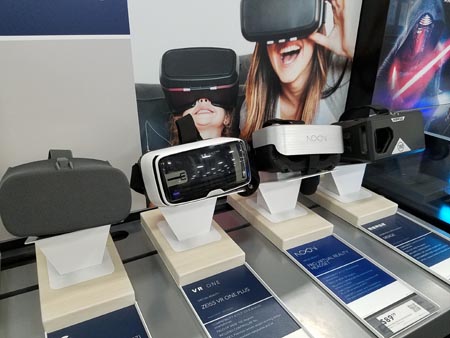 Very popular among gaming aficionados, virtual reality is still in its infancy compared to what developers have in store over the next several years. In 2018, Best Buy showcased several VR headsets in its stores.